Important Notice: Due to the COVID-19 pandemic, all PCSWMM/SWMM5 live training workshops have been put on hold. For those with time-sensitive PCSWMM/SWMM5 training requirements, we highly recommend the Self-paced online training option, which you can take from the comfort of your home or office. In addition, and for a limited time, we are offering 25% off the online training to help under these difficult circumstances. Please check back for updates, or contact info@chiwater.com for further information.
Back to all posts

All models are wrong, so honest modelers report their uncertainty first and foremost

....all models are wrong, so honest modelers report their uncertainty first and foremost....

George E. P. Box famously said that “essentially, all models are wrong, but some are useful; the practical question is how wrong do they have to be to not be useful” (the first part is quite often quoted). My answer to his question is that honest modelers analyse and report their model uncertainty and error first and foremost, and honest models like PCSWMM provide ready tools for those analyses and reports.

I use the signature to reinforce the notion that computer models provide a drastic simplification of reality, and are in no sense accurate or true representations of real drainage systems. It is in this strict sense that they may be said to “wrong”. On the other hand, of course, PCSWMM models are more than useful – in many cases, essential. But they incur errors and modellers ought to analyse the uncertainties and errors; clients should be fully apprised of the likely implications. PCSWMM was written with this philosophy and these tasks in mind, hence the pithy signature in the title of this blog. 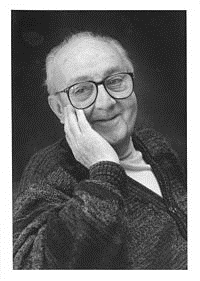 From Wikipedia, we learn that George Edward Pelham Box (b. 1919) was a distinguished statistician, who made important contributions in the areas of quality control, time-series analysis, design of experiments, and Bayesian inference. Box published the books Statistics for experimenters (1978), Time series analysis: Forecasting and control (1979, with Gwilym Jenkins) and Bayesian inference in statistical analysis (1973, with George C. Tiao). Today his name is associated with important results in statistics such as Box–Jenkins models, Box–Cox transformations, Box–Behnken designs, and others. He was born in Gravesend, Kent, England and trained as a chemist. During World War II, he performed for the British Army experiments exposing small animals to poison gas, and to analyze the results of his experiments, he taught himself statistics from available texts. He received a Ph.D. from the University of London in 1953, and received many academic and scientific awards.